Getting to Know American Football

American football can be as confusing as it is exciting. While there’s a lot to learn, you’ll have a lot of fun along the way. To help you get started, here’s a football “cheat sheet” to check out!

What is American football?

American football is the most popular sport in America. It’s an exciting mix of physicality, teamwork, athleticism and strategy. Even if you don’t know much about football, chances are you’ve heard of the Super Bowl – the championship game in the USA’s professional National Football League.

The sport is played on a rectangular field 120 yards (110 meters) long and 53 yards (48 meters) wide. Two teams of 11 players alternate playing offense or defense. The team playing offense throws or runs the ball to advance down the field towards the other team’s end zone, while the defending team tries to stop them. If the team with the ball doesn’t get at least 10 yards every four “downs” (plays), then the other team takes over on offense.

There are several ways to score in football:

* Touchdown (6 points) – The team runs the ball into, or catches the ball while standing in, the other team’s end zone.

* Extra point after a touchdown (1 point) – The team kicks the ball between the uprights in the end zone.

* Two-point conversion after a touchdown (2 points) – The team runs or passes the ball into the end zone, for 2 points instead of just 1 from an extra point kick.

* Field goal (3 points) – The team kicks the ball between the uprights in the end zone.

* Safety (2 points) – The defending team tackles the offensive player with the ball while he’s in his own end zone, or recovers the loose football in the offensive team’s end zone.

Games have four quarters of 15-minutes each, with a halftime break after the second quarter. This is a great time to use the bathroom, get food or simply talk about the game so far and enjoy the halftime show with the marching band and cheerleaders!

What newcomers usually find confusing: There are a lot of player positions and rules, but watching a game or two with some football fans – and asking some questions – will help a lot.

Teams you need to know

Your school team: Louisiana State University Tigers
Mascot: Mike The Tiger
Team colors: Purple and Gold
Conference: SEC
Rivals: Arkansas (the Golden Boot), Alabama, Auburn, and Florida
Noteworthy: LSU is constantly ranked as one of the top tailgating destinations in the country. It is not uncommon to see LSU’s live tiger, Mike, attend LSU games. LSU’s Tiger Stadium, with a capacity of 102,321, is the 9th largest stadium in the world.

Get involved and have fun

For an authentic college experience, you definitely want to attend some Tiger games. Don’t be shy – get excited because you won’t be the only one. Cheering on your team is a big part of the live football experience. If you’re unsure what to do, follow the lead of your fellow fans.

Part of the fun is getting to know and share in the game traditions. Each school has a fight song, fan chant and other personal touches to stir up excitement with fans.

Before games, many fans like to tailgate, or cook food, and have fun in the stadium’s parking lot. There are often rallies and other events to encourage morale throughout the season. They’re a great opportunity to meet other fans and make new friends. If you’re watching a game on television, popular foods to enjoy during a football game are pizza, chicken wings and nachos (sorry, salad).

You can do more than watch the games, too. If you play a musical instrument, you can try out for the marching band. Or you can ask about ways to volunteer to help the team. And if you want to try your hand at playing, there are plenty of intramural sports to check out on campus. Whatever you do, give American football a chance and you just might find it scores a touchdown with you.

Get to know this year’s players and learn more about the team: Visit the LSU Football site. 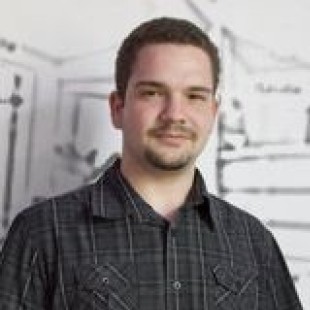